The Best Of Dubrovnik

A Local Insider Shares The Top Spots To Visit In Dubrovnik

A Dubrovnik resident for 15 years, Iva moved to the city to complete her studies in tourism management in 2002, and never wanted to leave. She was enchanted by the ancient Croatian port.

Originally from Široki Brijeg in Bosnia and Herzegovina, today, Iva lives in nearby Trsteno with her husband and daughter. She is also one of Sun Gardens Dubrovnik’s original employees: she started out at the reception desk in 2009, eventually working her way up the ranks to front office manager. Now she oversees a team of 40 staff members, while making sure her department’s day-to-day operations are running smoothly, and helping visitors make the most of their time at the hotel. “From special reservations, to little errands in town, or recommendations on things to do in Dubrovnik, it makes up happy to assist guests with whatever they may need during their stay with us.”

"The best part of my day is talking with our guests,” she says. “Managing check-in and check-out, I have a great opportunity to connect with our visitors, to learn about their interests, and to hear about their experiences in Croatia. Often, we talk about the country itself, or about Croatian culture,” she says. One observation she gets over-and-over again? “Everything in Croatia is in slow mode,” she laughs, “Guests from bigger countries and cities with a more hectic way of life notice that Croatians like to take their time with things, and enjoy the quality of life here.”

Allow Dubrovnik to cast its spell on you during your next trip. From the UNESCO-protected architecture of the Old City, to the best places to sample the freshest local fare, and a 500-year-old botanic garden, discover the top points of interest in the “Pearl of the Adriatic.”

Days Of Wine An Oysters

Croatia’s Pelješac peninsula is known for its dynamic red wines and briny European flat oysters, and a trip to the Dalmatian coast would be incomplete without sampling the local fare. Just 25 miles north of Dubrovnik is Vinarija Dingač (3 Potomje; +385-20-742-034) located on the precipitous limestone cliffs of Dingač. Named after Croatia’s first protected wine region, the vineyard itself was established in 1902, and not much has changed since then. Due to its precarious position overlooking the Adriatic, using motorized vehicles or mechanical harvesting is impossible, so local donkeys were wrangled to help care for the vines, and harvest the grapes. That’s why you’ll see the stubborn creature on the label of every Vinarija Dingač bottle. The wines themselves share similar qualities to California Zinfandels, which have been identified as New World offspring of the centuries old Croatian grapes.

When it comes to fresh seafood, venture over to Ston, a small, picturesque village, with first class fish, great oysters, and salty bottarga for the tasting. Arrange a boat tour with Dubo and Tomislav Šare from Bota Šare (+385-20-754-482) who will take you on a private outing on their boat to explore the local oyster farms. Harvest and shuck your own, or leave that in Dubo and Tomislav’s capable hands, and focus on feasting on fresh-from-the-sea bivalves with a little squeeze of lemon while floating amid calm blue waters.

A view of the Pelješac peninsula. Shutterstock.com.

Since 1950 the Dubrovnik Summer Festival (+385-20-326-100) has hosted a 47-day-long program of music, theater, and dance, poetry readings, contemporary art exhibitions, and outdoor film screenings. Throughout the city center, former palaces, fortresses, and monasteries are transformed into outdoor theaters and makeshift concert halls where some of Europe’s greatest talents perform works ranging from the classical (Sophocles, Shakespeare, Molière) to the contemporary. Lokrum Island, just a short boat ride from Dubrovnik and covered in pinewood and lush greenery,is perhaps the most impressive stage: to see a performance outdoors amid the ancient ruins of a Benedictine monastery is to be transported. “You feel like you're somewhere else, in another century,” says Iva.

Inside Rector’s Palace during a Dubrovnik Summer Festival performance. Shutterstock.com.

Visit The Oldest Gardens In Croatia

About a five-minute drive from Sun Gardens Dubrovnik is the Trsteno Arboretum (+385-2075-1019), a 500-year-old Renaissance garden surrounding the former summer residence of the Gučetić-Gozze family. Legend has it the gardens were planted with seeds given to the noble family by ship captains returning from voyages abroad. “Today the arboretum has plants from all over the world,” says Iva.

Once inside, explore the more than 60 acres of flowers, herbs, and citrus trees. There’s also a collection of rare palm tree species, and an ancient koi pond presided over by a statue of Neptune, god of the sea. “In the summer, when it's 95° Fahrenheit in the hot sun, the park is a lovely place to cool off, thanks to the shade of the tall plants,” says Iva.

In recent years the arboretum has received new recognition for its role as King’s Landing in the HBO series, Game of Thrones. “There’s the beautiful place at the end of the park with a shaded pergola and a spectacular view of the sea and the Elaphiti archipelago,” says Iva. Fans of the show will recognize the setting as Lady Olenna's preferred waterside garden at King's Landing.

A statue of Neptune at the Trsteno Arboretum. Shutterstock.com.

Sip Coffee With The Locals In The Old City

“You’ll never see a Croatian having a coffee to go,” Iva explains. “They’ll sit for an hour, sipping an espresso, chatting, and enjoying their time.” Take a stroll along Stradun, the main street in the Old Town, where locals gather early in the morning to drink strong Croatian coffee and begin their work days. Iva recommends a visit between 7 and 9am before the main drag gets too crowded. Another interesting place for a kava or something a bit stronger? Buza Bar (9 Crijevićeva Street; +385-98-361-934) a little café carved into the southern rampart of the Old City walls. Visible only from above and from the water, it has spectacular views towards the Elaphiti islands and the open sea. 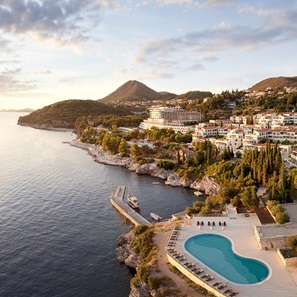 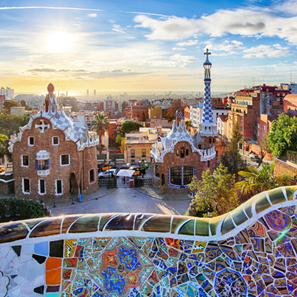