For an off-the-beaten path tour of Berlin, look no further than Alex Hatzlhoffer’s Alternative Bike Tours. A born-and-bred Berliner with a degree in history and architecture, Alex has been giving bespoke bike tours for the past fifteen years and has had his fair share of famous clients, including musicians and Hollywood stars, but he treats everyone like a VIP. Originally, he just rented bikes to tourists, but soon began leading tours and developed a reputation as one of the city’s best guides. He works with a few other expert guides, but leads most of the tours himself.

“We do the main sightseeing stops, of course, but in contrast to other tours, we show people off-the-beaten path as well. We call this the alternative tour because we have certain alternative subcultures in the city,” he explains. “What I try to do is get people out of the touristic center and into the local districts where you experience the special lifestyle with street art, graffiti, and hippie culture and the whole story around it, with the Cold War, and Second World War. It’s one big story.”

After a full day bicycle tour, most people want to move to Berlin permanently.

Book a tour with the Rocco Forte Hotel de Rome’s concierge, and Alex will meet you in the hotel lobby, show you a map of the city, give an overview of Berlin’s history, discuss your interests, and plan out a custom route. Most people ride the premium bicycles, but there are electric bikes available too, and in case of inclement weather, you can go by car. Tours typically last four to six hours, which may seem like a lot, but they tend to fly by. You might cycle for ten or fifteen minutes, then make a stop to visit an art gallery or have a snack at a traditional German bakery. According to Alex, “Most people plan three hours, but after three hours, they say, ‘okay, let’s go on. It’s so cool.’ And they end up with five or six hours because there’s so much to see and it’s so interesting.” Some people even book him for three days straight, doing two days of sightseeing in Berlin and then going to Potsdam to see the Sanssouci Palace.

Though each tour is completely bespoke, you can expect to go to the Jewish Quarter in the center of the city, Prenzlauer Berg, Friedrichshain, and Kreuzberg, where you can discover the local culture and peel back the many layers of Berlin’s complex history.

You might stop at RAW-Gelände, a cultural center in a train repair station in Friedrichshain with street art, a skate park, beer gardens, and nightclubs. In Mitte, you might visit the Haus Schwarzenberg in a hidden courtyard covered in graffiti, which houses an indie cinema and one of the best bookstores in Berlin, then enter the adjacent Workshop for the Blind, where the proprietor hid Jews from the Nazis like in the film Schindler’s List.

To learn more about Rocco Forte Hotel de Rome or to arrange a bicycle tour with Alex Hatzlhoffer, please contact the concierge upon making a reservation.

A Hotel With Operatic Ties

A Hotel With Operatic Ties 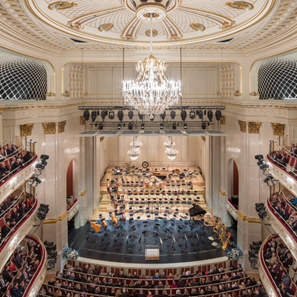 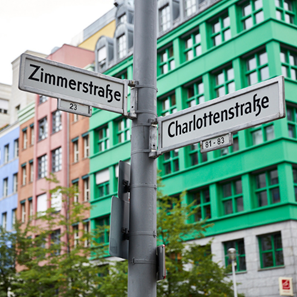